Black Friday – how to do it better?

All advertisers know that Black Friday guarantees increased website traffic and extra revenue. But are they all able to take advantage of the potential of this special day? A well-thought-out action plan and suitable preparations we began several months prior made our success much more tangible.
Branża: Meble

Over PLN 200,000 of additional revenue after the campaign ends

Black Friday is a shopping holiday during which bargain hunters find the biggest discounts of the entire year. Although its origins lie in American commercial traditions, Poland also sees Black Friday as the culmination of shopping frenzy for the entire e-commerce sector. It is not uncommon for the advertisers to set targets for this one day of the year equal to the monthly revenues of the entire store! With each year, their appetite continues to grow.

If you would like to know what strategy to adopt so that your Black Friday investment continues to return profits for several months, make sure to read on to discover how we achieved success for our Home & Garden partner!

Sfmeble is the largest online store representing the interior design sector in Poland. The store offers in excess of 40 thousand products to make you feel right at home. However, Sfmeble is first and foremost Jan Guenther, the co-founder and a visionary who puts the store’s UX and the convenience of users above everything else. Always a few steps ahead of the competition. Never one to be complacent, Jan Guenther is soon set to transform the Polish store into Wonder – an international shopping platform.

Our aim for Black Friday was to maximise the revenue across the entire store. The plan was ambitious – we decided to beat the result from 2017 by at least 100% at the same level of discount. Our experience allowed us to implement tried-and-tested solutions and introduce the necessary improvements. However, to ensure a #GameChange, we had to modify our strategy. We know that adequate preparation is a vital prerequisite for the success of Black Friday and other one-day promotional campaigns. In the course of 24 hours there is no space for any errors. This time, we agreed on the strategy during the summer months. By creating a work schedule, we had the necessary time to create the strategy and obtain all the recourses needed to achieve our objectives.

The solution, which proved to be crucial, was an extensive advertising campaign announcing the Black Friday discounts. Our idea was to give everyone who subscribed to the newsletter within the three weeks preceding Black Friday access to the discount the day before. In this way, the advantage for the user was a bigger choice of products and earlier access to Black Friday promotions. As the users were planning a bigger shopping spree, we were hoping for an increase in average baskets.

We decided to focus on a Google Ads campaign, which aimed to bring as much traffic as possible to a specially prepared landing page and encourage users to subscribe to the newsletter. We wanted to reach potential customers from all angles. To maximise this reach, we employed Display campaigns and 6-second Bumper Ads on YouTube. The message was to be brief and straightforward, so we utilised a simple Call to Action. Based on historical data, we knew that the highest percentage of Black Friday’s revenue would belong to returning users; however, without investing in new sessions we would not have achieved rapid growth. Consequently, during the 3-week introductory campaign, we dedicated most of our budget to campaigns aimed at acquiring new store users.

While getting ready for Black Friday, we took into account that this day means a massive surge in the potential of the Google search engine, which translates into campaign costs. As a day with such high sales efficiency comes only once a year, we made our daily budgets several times higher. It was also useful to know how to work with machine learning systems and when to start making changes in order not to cause more harm than good.

The entire strategy of the introductory campaign
was founded on two assumptions:

By dedicating all our efforts to creating an effective Black Friday campaign, we succeeded in our objective and even exceeded the expectations of Sfmeble, and our own, for that matter!

By dedicating all our efforts to creating an effective Black Friday campaign, we succeeded in our objective and even exceeded the expectations of Sfmeble, and our own, for that matter!

The key to success was creating a time schedule for the project, estimating the necessary resources, our ability to work with machine learning systems on brief special actions, and most importantly, our introductory campaign. This campaign allowed us to collect a database of potential clients who declared their interest in making a purchase and getting earlier access to discounts. The principle of the privileged made a difference here: only the privileged group received a discount a day earlier and gained access to a larger assortment of products. Most shops offer discounts on Black Friday – the secret is not to wait for the clients to buy something but instead take control.

The investment made in the introductory campaign paid for itself in two instalments. The first, direct peak in revenue, was recorded immediately after sending out newsletters, i.e. late in the evening on the day preceding Black Friday. Within two hours, we recorded 393 transactions! The second culminating moment took place 24 hours later. The users were faced with time pressure, and the e-commerce conversion rates were growing by the minute. In the culminating hour, those who had visited the LP with the introductory campaign reached a CR of 27% (compared to 9.49% for other users)! These users also had an average basket higher by PLN 161, and in total they brought in over PLN 1 million of revenue – of which about 27% are new users.

The return on the investment in the introductory campaign did not end with Black Friday. Within the following three months, users who visited the LP brought in a total of 200,000 additional revenue.

“The Harbingers team were of invaluable help not only in matters related to marketing – as a result of our cooperation, they have become my friends.”

Read the stories of our heroes

We always have justification for all the actions we undertake in our projects. If we do not invite you to one of the stages of the recruitment process, there will also be specific reasons for this decision. We want to make sure that we work with people who understand the essence of Harbingers and who share our core values. 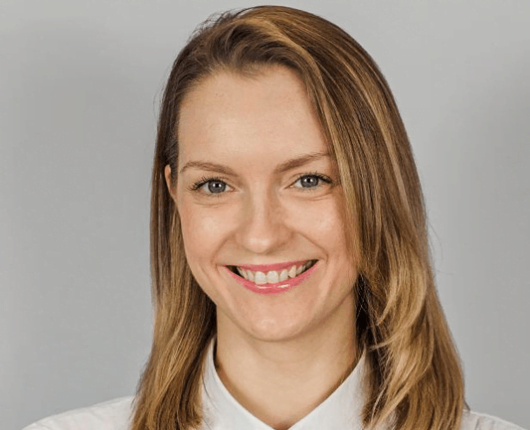 Is it possible to obtain 3000 leads and 5000 fans on Facebook in the space of 5 months? Our cooperation with Joico Polska, an official distributor of products for the hairdressing sector, proved exactly that. A well-thought-out strategy, planning of actions to be undertaken and a spectacular result – how did we manage to exceed the expectations of our partner and ours?

How to migrate your store safely without losing visibility

Store migration always entails some risk. Should this put you off? Not necessarily! A suitable migration strategy is enough to avoid the most common SEO errors. This was the case with the Quiosque store – the undertaken measures modified the graphic design and structure of the website, without generating worrying downslides.

How to utilise the potential of old content and achieve a session increase of 120% with SEO?

Is there a way to increase the number of organic sessions by 120% in the content section of a giant enterprise? Design an impeccable CM strategy and subject your content to recycling! Through the consistent implementation of our carefully planned actions, we succeeded in increasing the number of organic sessions. We also extended the duration of the session by 19%, reduced the rejection rate by 3% and increased the visibility of the content section in relation to keywords in Top 3, Top 10 and Top 100 by as much as several hundred per cent.